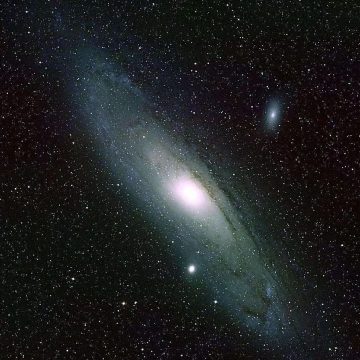 1. The principle of Hunyuan Qi

The practice of Zhineng Qi Gong is based on the principle of Hunyuan Qi, which was developed from the combination of traditional Chinese Qi Gong theory and modern science. Hunyuan literally means: Becoming one. This principle says that everything in the universe – all matter, form, energy and information – originated and developed from Qi. There are several levels of Qi, the simplest one being the original Hunyuan-Qi or primordial-Qi. It fills up the universe and is inexhaustible.

The concentration of Qi forms substance, and the dissolvement of substance, in turn, forms Qi. As everything in the universe was formed from the original Hunyuan Qi, it is possible to view all substance in the universe holistically as a unit of Hunyuan Qi. The term Hunyuan Qi includes the form of a substance here, the Qi within and outside of the substance and the information contained therein.

The Hunyuan Qi of humans consists of two parts. On the one hand, the prenatal Qi, which is formed when egg cell and sperm merge. On the other hand, the postnatal Qi, which is formed from the world around us, the air we breathe and our food. These two forms of Qi react together and through the process of life create the human Hunyuan Qi. This can be channelled through the mind, a phenomenon which is commonly known as mind over Qi. The practice of Zhineng Qi Gong enables the mind to absorb the Hunyuan Qi of the universe into the body by means of movements and visualisations, and to convert it into your own Hunyuan Qi and use it to boost your health. When there is enough Qi, the body can function efficiently and fight off illness.

The training system for Zhineng Qi Gong includes both Dong Gong (moving forms) as well as Jing Gong (non-moving forms). Both forms initially work with outside Hunyuan Qi, later with inside Hunyuan Qi and finally with central Hunyuan Qi.

There are 6 levels in Zhineng Qi Gong:

Levels 4-6 are not taught publicly. They are part of the practice of central Hunyuan Qi.

3. Combination of the key elements of different Qi Gong methods

As mentioned at the start, Dr. Pang dealt with various traditions and styles of Qi Gong. He employed these studies as a foundation for the scientific and medical principles on which Zhineng Qi Gong is based. Zhineng Qi Gong combines the key elements of various styles and thus the experience and knowledge of the old masters.

6. No manipulation of the Qi-flow

Qi Gong is aimed at improving the Qi-flow in the body. In Zhineng Qi Gong, only the Qi-flow in direction of the body and within the body is influenced. There are three methods of working with Qi to this effect:

1. Introducing Qi via the consciousness

When introducing Qi in Zhineng Qi Gong, the focus is not on the Qi, but on a point to where the Qi is intended to flow, in order to achieve desired changes. This is a much safer method. The Qi will find its way on its own and no complications arise.

With this method, the Qi-flow in the meridians is facilitated through movements.

This method uses recitement of specific syllables to induce the Qi-flow. This is traditionally also called chant or mantra.

The three ways of introducing Qi described here are based on natural processes. Thus the exercises can be performed safely, reliably and easily.

7. Zhineng Qi Gong as an open form of Qi Gong

The majority of traditional Qi Gong forms (as practised in Taoism, Buddhism and Confucianism) are closed forms, which at first require the practising individual to focus the life essence (Jing), the Qi and the mind (Shen) within the body. Zhineng Qi Gong is an open form of Qi Gong, which combines the benefits of traditional forms with modern scientific findings. Level 1 – lift Qi up pour Qi down – is an exercise for opening, so that the inner Qi is released and outer Qi is absorbed.

A further characteristic of the open form of Qi Gong is building up a Qi-field and using it for teaching and healing purposes. In such a Qi-field, synchronisation of mind and Qi of all participants ensues, everyone opens up to the Qi-field and benefits from it.

Most Qi Gong forms practice natural healing, in which the healer uses his/her own Tantien-Qi for healing. This requires plenty of practice and a strong own Qi, until you can try your hand at healing work. Of course, it also means that this healing work takes place at expense of the own Qi.

Zhineng Qi Gong uses a different approach. Lift Qi up pour Qi down serves to collect and absorb universal Hunyuan Qi. This boosts both health and the body’s defences. If this universal Qi is passed on to others, it will help them in the same way. The giving of universal Qi in large energy fields has proven to be very effective. This practice in fact also helps the healer to deepen his/her knowledge.

As Zhineng Qi Gong is very effective, those practising it usually also make great progress within a short period of time. During this process it may happen that the body cleanses itself of various toxins (of physical and mental nature). A consequence of these processes consists in those practising feeling pain or discomfort after some/ a short time. These may be Qi-reactions, which occur in various forms. There are Qi-reactions when defending against illness, e.g.: Diarrhoea, fever, rashes, sweating, runny nose, vomiting, coughing, etc. Qi-reactions are a positive phenomenon, the exercises should be continued. Of course, in case of serious symptoms and uncertainty regarding the processes, a doctor should be consulted.

There are painful Qi-reactions in individual parts of the body (in case of chronic illnesses). This phenomenon occurs when the body is strengthened by the Qi after some time of practising. Ailing zones/parts then react more strongly to the disorder (or illness) and the sensation of pain increases.

This can also be seen as a positive signal. Further practice is required for the healing process.

Sometimes it can also happen that pain appears in an unexpected spot. This can mean that a healing process is now setting in in an old, poorly healed injury or that there is a problem not previously noted in this spot. If in doubt, a doctor should be consulted even in case of such a reaction.

Qi-reactions should not be suppressed if possible. The practising individual can seek advice from a teacher. If you feel uncertain whether it is a matter of a Qi-reaction or a medical problem, please see a doctor.